When I first acquainted myself with your work, a lot of associations came to my mind. I think of Ulf Rollof, who once built a rather violent egg catapult; Dan Wolgers, who has constructed several more or less dysfunctional mechanisms; and Kristina Matousch, who I mentioned to you when we talked. Her way of working with violence and humour reminds me very much about your approach. It’s like you catch the observer's attention with a joke, that turns out to be a trap: you can’t get out of it. It’s a sly tactic, to use humour as a bait.

Anyway, the one that first came to my mind is my father. My father is the kind of person that constantly construct things – anything from machines for making apple juice, to furniture and kitchen-ware. He does it because he can’t help it. When I was a child he built a lot of things for me. Of course, he did it also because of economic reasons. At that time it was cheaper to make than to buy, which it is hardly true anymore. Among other things, he built a skateboard, a unicycle, and a jolly-boat. He also bought an old moped that he re-built so it was unrecognizable when he gave it to me on my fifteenth’ birthday, which is the age when you are allowed to drive a moped in Sweden. When it was finished it looked like a very odd futuristic vehicle, with an octagonal tank. In some strange way it looked older than it did before my father started to manipulate it, it looked like a very old idea about the future.

Of course, I was happy for the things my father made and gave to me, but I didn’t have the sense or decency to appreciate that they had a unique quality because they were home-made. I would’ve preferred the industrially produced versions my friends had, rather than these peculiar constructions, in which the obvious presence of my father’s hands still lingered. I told this to Hagen when I met him and our joint friend Katharina the other day. Hagen pointed out that all these things that I got from my father had to do with movement and travelling. I’ve never thought about this before, but it’s true. He gave me vehicles.

Your works are opposite to vehicles. They are completely immobile; their function is to inhibit movement. Yet, there is so much energy in them. A tensed expectation, that could be sinister, vigilant and merciless. It’s like they are waiting for someone to get close enough to get caught in the trap.

As I told you, I’m in Sweden to celebrate midsummer at the time for your opening. I would have enjoyed being there, although maybe being in the same room as your works could also have made me a bit nervous. 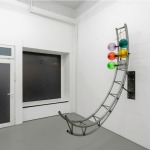 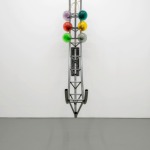 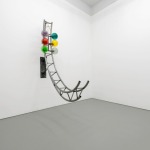 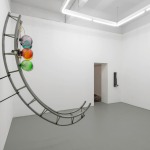 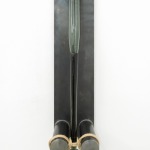 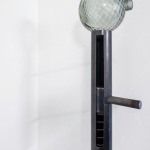 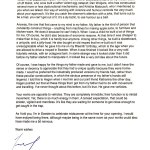